Here is a song that I enjoy listening to. It’s by Fanny Lu, a tall, blond  singer/ song writer (and industrial engineer), and, like Shakira, she’s from Columbia.

In the song, her love has left. She doesn’t know where he’s gone, and she’s  lost track of the days. He doesn’t have to bring her flowers or chocolates. He doesn’t have to  explain. She just wants him back – to feel his heat, his caress, and to hear him say he loves her – and that “she’s the woman he most admires” [curious].  She feels sorry for him night after night with her. She knows she’s not perfect, but her love already has its owner and its price.

There is something about the song – particularly in the chorus that is playful, bubbly, and full of life, and the song is hopeful. She personalizes the song with “A-haa!” and “Ay Diosito” (like “baby God”), “Ay ya yay”, laughing, and “Viene! Viene!” (Come, Come!).  Even the accordion is right. My body moves to the rhythm and wants to get up and move or dance. I just can’t feel other than happy listening to it. I play it as a treat when I go walking.

Speaking of curious, have you ever listened to Mexican Music and thought that sounds like a polka and wondered “how did that get there”?
And why is the accordion so popular an instrument (kinda like Alabama’s song  – “…if you’re going to play in Monterrey, you’ve got to have an accordion in the band…”)?

Seems there were a lot of Austrian, German and Polish immigrants to Mexico in the later 1800’s (including aspiring Austrian invader Emperor Maximilian) who naturally brought their music with them. Many of these settlers located in Northern Mexico bringing instruments from home including the accordion.  One stream of this influence evolved into Norteño music which has become popular as far south as Columbia and Chile. So, if you’re listening to Mexican or Latin American music and it sounds like a polka, it is – Mexican style!

Some Random Thoughts on Love.

I saw an old couple, probably in their 70’s, coming out of a building holding hands (after all the years). I went over and complimented them saying it was nice to see people holding hands. She smiled and said laughingly “We hold each other up”.

… go inside and listen to your body, because your body will never lie to you. Your mind will play tricks, but the way you feel in your heart, in your guts, is the truth.”     – Miguel Ruiz

“Beauty begins the moment you decide to be yourself” – Coco Channel

“Loving her is a splendid adventure”  – Steve Maraboli

“She always had that about her- that look of otherness, of eyes that see things much too far and of thoughts that wander off the edge of the world” – Joanne Harris

“She is her own kind of beautiful”

“One universe, nine planets, 204 countries, 809 islands, seven seas, and I had the privilege of meeting you” – unknown

How to Communicate Love to Each Other

Ran across a writer named Gary Chapman who had some interesting and useful insights into communications for couples in particular and people in general. One of his books is “The Five Love Languages”. After many years working with people, he finally discerned patterns of how people communicate love to each other.

He mentioned a couple that sought counseling where the man showed his love to her by doing all kinds of “Acts of Service” to help her. He took out the garbage, vacuumed the house, washed the dishes, cut the grass, made dinners when he got home first and so on. Chapman started wondering what she did around the house. When she spoke, she said that he never talked to her and was always busy doing things.

There was another couple where

one of them especially valued doing things together. It could be as simple as going out to a restaurant and just looking at each other and talking (like young couples).  This Chapman called “Quality Time”

and snuggle on the  sofa, or go walking holding hands, or putting their hand on the other’s leg while they were driving. Sometimes, both people enjoy reading while they snuggle together.  Chapman described this as “Physical Contact”.

Other people take delight when 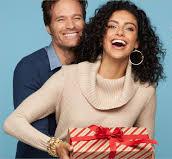 they are surprised with a gift. It doesn’t have to be big or expensive, they just appreciate the thought and the novelty. It could even be flowers from the yard. These types of people communicate through “Gifts”.

Some people loved to hear words of appreciation 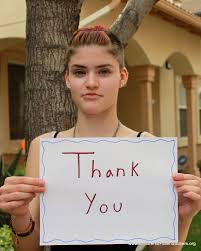 such as “you’re wonderful”, or “that color looks really well on you”, or “that’s one of the many reasons I love you”. or calling her “Beauty” or “Bella”. These “Words of Affirmation” are the way some people perceive they are loved.

We are all different. We all enjoy receiving any of the Five Languages but we primarily work in one or two of the languages. Chapman thinks it is helpful  when searching for a relationship if you can find a person who has the same or similar style of communicating love.  It’s like speaking a language and the other person speaks English too, but may prefer another language, so one can be bilingual – say she likes to speak French. That may be fine if you like French. However, if she likes German, and you do not enjoy German, it may be a difficult row to hoe over the long run.

Chapman pointed out that the primary language could shift given where one is in life. A Mom with two screaming babies could become very appreciative of “Acts of Service” if, when the Dad gets home, he jumps in to help her and feeds and changes the babies, bathes them, plays with them and puts them to bed. In later years, she may revert back to her original language(s).

Wanting to compare what I thought she would say to what she actually says she prefers, I asked my partner if she liked gifts. She said she didn’t need anything. In responding if she preferred Acts of Service done around the house. She responded they didn’t do anything FOR her. I do know that she is very attentive to what I say and specific words I use (by the way guys, the word “fine”, as in “you look fine” does not work well. If she looks good or great, say that. She may have gone to a lot of trouble to choose that dress and get her hair just right). She is also very tactile and loves it when I put my arm around her. She also likes some Quality Time, so I’m planning an adventure vacation for the summer.

These Languages of Love also work for kids. Chapman had a young boy who would run at him and hug him when he got home. Physical Contact was obviously important to him.  His daughter was different. When she saw him, she would say “Daddy, come with me. I want to show you something.” Quality one-on-one time was important to her.

Chapman offered some further insights. Another counselor told him that she had noticed that people had different ways of apologizing and depending on the circumstances some ways did or didn’t work.

One way to apologize is to express regret – I sorry that I…  . Chapman says DO NOT include a “but” in the response that justifies , excuses or explains your actions.

Another way ( or continuation) is to accept responsibility for the act. “That was totally my fault.”

It may be important to some people to offer restitution – “What can I do to make this up to you?”

The next component may be to show evidence of trying to change behavior.

The last element in the apology is to “ask forgiveness”. Do not assume they know you are asking for it. State it.

Chapman says that we learn forgiveness from our families and how they practice it can vary widely. So, if you mess up (particularly if you did it big time), you may want to include all the components to make sure that you include the particular manner the other person understands.