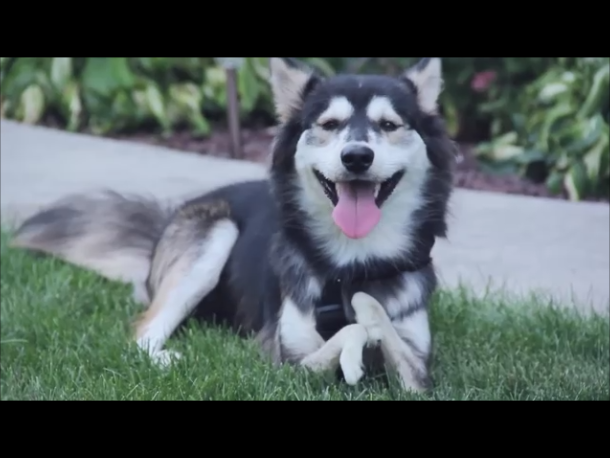 Derby was born with deformed front legs. Angled down, Derby moved by pulling himself on his chest with his elbows and pushing himself with his back legs. Tara Anderson decided to help the dog.  She got him a two wheel cart that supported his front, and that helped a bit, but it was clumsy and his mobility was limited as was his ability to play with other dogs. So, she went in another direction – using the new 3D design and printing technology. Click on the picture for Derby Part 1. 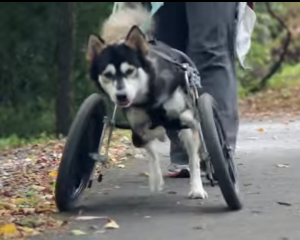 They experimented with  different approaches and were able to get some initial success. While the prosthetics were small in height and therefore more controllable attached to his elbow and upper leg, his  body still  tilted downward versus the normal horizontal. So Tara got her crew together and worked on a design that would allow Darby to have a straight back and try to find solutions to different problems. Click on the picture for Derby Part 2 . 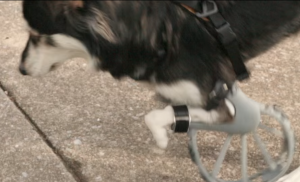 We are fortunate to live in the age we do.

Here is another parallel situation that involves what is inside our hearts and thinking.

Sometimes things happen that we don’t have a choice in or want. But what we do with the hand we’re dealt can make all the difference. It takes determination and

perseverance. The video below is about a baby girl that was born with no – zero – legs.  She was left in the hospital after birth by her natural parents because of her lack of legs and the life long challenge of trying to raise such a person. Along comes another couple who recognize the challenge and burden, but they adopt the baby and raise her like her handicap wasn’t a “problem”- like their three healthy boys. How crazy were they? They were crazy enough to think “Can’t isn’t in our vocabulary.”  Click on the picture to watch the video – it’s worthwhile. 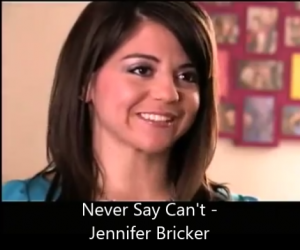 The third video is a Commencement Speech by Admiral McRaven at the University of Texas in 2014. He is a Navy Seal and 4 star Admiral heading Special Forces Operations. He was head of the unit that planned and led the Osama Bin Laden operation.

These are the 10 lessons he learned in his early Seals Training Program. It’s around 19 minutes, but he has some good points that are applicable to life. Click on the picture to see the video. 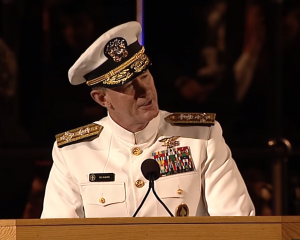